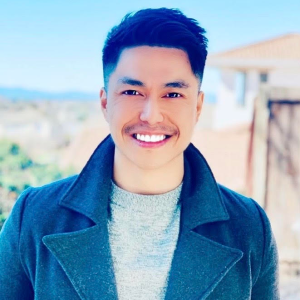 Want to skip ahead and get a Mongo BI solution launched? Check out our MongoDB Analytics page where you can start a Knowi trial. You can also set up a 15-minute call with a member of our team to see if Knowi may be a good BI solution for your project.

In the first part of our MongoDB series, we provided an overview of MongoDB Atlas, MongoDB’s cloud-based, open-source, NoSQL database offered as a fully managed DBaaS. It’s one thing to find a home for your data, it’s another thing to be able to understand it and put it to use. In this post, we’ll provide an overview of existing visualization tools for performing and visualizing MongoDB analytics, including MongoDB’s own data explorer tools, traditional BI tools, and native solutions like MongoDB Charts and Knowi.

First, we’ll discuss MongoDB’s explorer tools MongoDB Data Explorer and MongoDB Compass. While useful, keep in mind that these are merely GUI tools that allow you to visually interact with your data and not meant for more meaningful visualizations.

MongoDB Data Explorer is a powerful feature available only in MongoDB Atlas. It comes with full CRUD functionality and allows you to query, explore, and take action on data residing inside your MongoDB Atlas cluster right from your web browser.

Specifically, Data Explorer in Atlas allows you to:

Data Explorer makes it easy to perform actions on your data, allowing for even faster deployment of your Atlas clusters.

MongoDB Compass is a stand-alone application and the go-to GUI tool for MongoDB, much like MySQL Workbench is MySQL’s associated tool. Compass allows you to analyze and understand the contents of the data in your MongoDB database without formal knowledge of MongoDB query syntax. In addition to exploring data in a visual environment, you can also use Compass to optimize query performance, manage indexes, and implement document validation.

Among its notable features is its built-in schema visualization, which displays the structures of your collections and allows you to quickly visualize and explore your schema to understand the frequency, types and ranges of fields in your data set through an intuitive GUI.

For a look at how MongoDB and MySQL compare, check out our other blog post: MongoDB vs SQL

Another feature is its ability to visualize geo-spatial data. In MongoDB, you can store geospatial data as GeoJSON objects or as legacy coordinate pairs. With Compass, you can construct sophisticated queries on this data and execute them with a few clicks and a push of a button, which will then display your results both graphically and as a set of JSON documents.

Popular BI Tools like Tableau and Qlik were introduced in the early 2000’s and 1990’s respectively, and were architecturally built to work with structured (tabular) data from traditional SQL data sources. In contrast, MongoDB came to prominence only in the current decade and at its core is a NoSQL database that stores data in flexible, JSON-like documents. This inherent incompatibility makes visualizing MongoDB data in traditional BI tools challenging, as it requires transforming the data to relational format.

Transforming MongoDB Data for Use In Standard BI Tools

There are two main options for transforming MongoDB data to relational format in order to visualize them in standard BI tools:

For example, smart data warehouse services like Panoply (Red-Shift based) collect, process, and organize your MongoDB data into standardized columnar tables then stored in their data warehouse. From there, you can connect to a BI tool like Tableau for visualization.

The downside of ETL processes is that moving data takes time, leading to latency and downtime. There are also labor and computing costs to consider, not to mention the planning involved and maintenance concerns. As a result, the data can be stale before any meaningful analytics can be performed.

Another option would be to leverage an ODBC connector like MongoDB’s Business Intelligence (BI) Connector or Simba Technologies’ MongoDB ODBC Driver, in conjunction with third-party BI tools.

For example, the MongoDB BI Connector allows you to use your BI tool of choice to visualize, discover, and report against MongoDB data using standard SQL queries by acting as a layer that translates queries and data between MongoDB and the BI tool.

The advantage of using the connector is that it doesn’t store data and purely serves as a read-on-demand bridge between your MongoDB collections and your SQL-based tools, eliminating the need for bulk ETL processing. MongoDB BI Connector was previously only available with a MongoDB Enterprise Advanced subscription and required on-premise installation, but is now available in MongoDB Atlas.

You can also go with a third party vendor like Simba to purchase and install their MongoDB ODBC Driver with SQL Connector. Like MongoDB’s connector, Simba’s SQL connector converts MongoDB data to tabular format through automatic schema generation and normalization of arrays as virtual tables. It also comes with a schema editor you can use for further schema refinement. From there, you can connect to a BI tool like Tableau for visualization.

Tableau distinguishes itself with superior ad-hoc visualization capabilities compared to its competitors without requiring technical or programming skills to operate. Tableau is excellent as a single-user desktop solution, though as a full-fledged BI tool, has limitations. Tableau, like all other industry-leading BI solutions, is architecturally built for relational data, requiring MongoDB BI connector or ODBC drivers to convert MongoDB data.

Qlik, similar to Tableau, provides an interactive dashboard experience to its users. It enables business users to freely explore and find connections, patterns and outliers in data without having to model those relationships in advance. Qlik typically requires prerequisite knowledge to get the most out of.

Looker (now acquired by Google) is a browser-based software that like Tableau, makes it easy to choose, customize, and create a variety of interactive visualizations, with a data modeling layer. Looker is also built for SQL-based data sources. Highlights of the Looker platform includes LookML, a data modeling syntax and Blocks, pre-built pieces of code that you can customize for visualization and data modeling, allowing you to use the work others have already done rather than starting from scratch.

While transforming MongoDB data via ETL or using ODBC connectors are viable options to integrate with BI tools for visualization, they are far from seamless. ETL methods can be expensive, complicated, and time-consuming while ODBC options shoehorn MongoDB data into relational form and come with issues inherent in MongoDB to SQL conversions. Native solutions offer a seamless way to interact with MongoDB data in its natural form, instead of shoehorning the data into relational format.

D3 can be difficult to learn, so many developers opt for Bokeh, a data visualization library that allows you to code in Python and output JavaScript charts and visuals in web browsers. The steps to visualizing MongoDB data with Bokeh typically include:

Writing your own code to visualize MongoDB data provides you a high degree of control and customization options, though it requires technical and programming skills that may be a hurdle for non-technical users.

In an effort to remove the technical barriers to data visualization, MongoDB released MongoDB Charts, its own native visualization tool. Because MongoDB Charts natively supports the document model, it eliminates the need to worry about code, tools, data movement or data duplication when creating and sharing data visualizations. MongoDB Charts comes fully integrated with MongoDB Atlas, but can also be installed onto a server for on-premise enterprise users.

MongoDB Charts comes with a host of features including:

Getting started with Charts within Atlas is quick and easy. In just a few minutes you can select a data collection in your Atlas cluster as your data source, drag and drop fields from the collection into a chart builder (like Tableau), then add multiple charts onto a dashboard. Charts also allows you to unwind nested arrays and have it instantly reflected in the visualization.

If you’re a MongoDB Atlas subscriber, Charts provides a simple solution to visualizing MongoDB data, but note that each chart can only display data from a single collection/data source. Typically, data today is a mix of structured and unstructured variations and stored across disparate data sources. To be a truly data-driven organization, you may need a more advanced BI solution.

Knowi is a BI tool that natively integrates with MongoDB so you can leverage the speed, flexibility, and scalability of MongoDB for analytics without the constraints of moving your data or installing drivers. What differentiates Knowi is that it not only delivers truly native MongoDB visualization and reporting but also allows you to join disparate data sources.

Knowi includes a host of advanced features including:

Knowi can instantly transform any data into insights and data-driven actions. In Part 3 of this series, we’ll take an in-depth look at how you can connect your MongoDB data to Knowi, perform advanced analytics and visualization on that data in minutes, and explore how Knowi’s other advanced features can help you get the most out of your data.

Hey, I hope my article was useful.

If you’re looking for an analytics or BI solution I’d be happy to hop on a 15 min call and chat about your use-case.